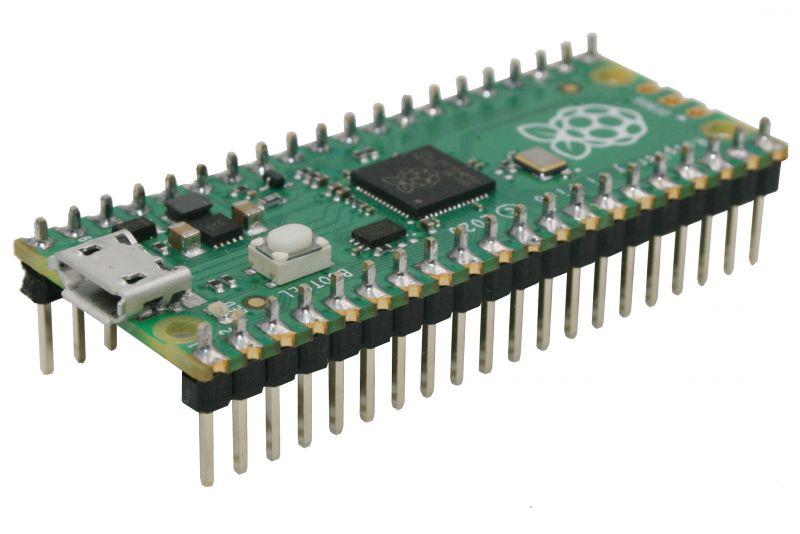 Raspberry Pi Pico (with soldered headers) is the first Raspberry Pi microcontroller-modulespecially designed for physical computing. Microcontrollers are a different type of device than single board computers (like the Raspberry Pi 4 and earlier generations Pi), they don't have an operating system and are usually programmed to do just one task - although that task can be quite complicated! They are perfect for experimenting with hardware and using them as the brains of built-in devices, machines and inventions.

The module can be easily reprogrammed via USB from a Raspberry Pi or other computer using the C / C ++ SDK or the official MicroPython port.