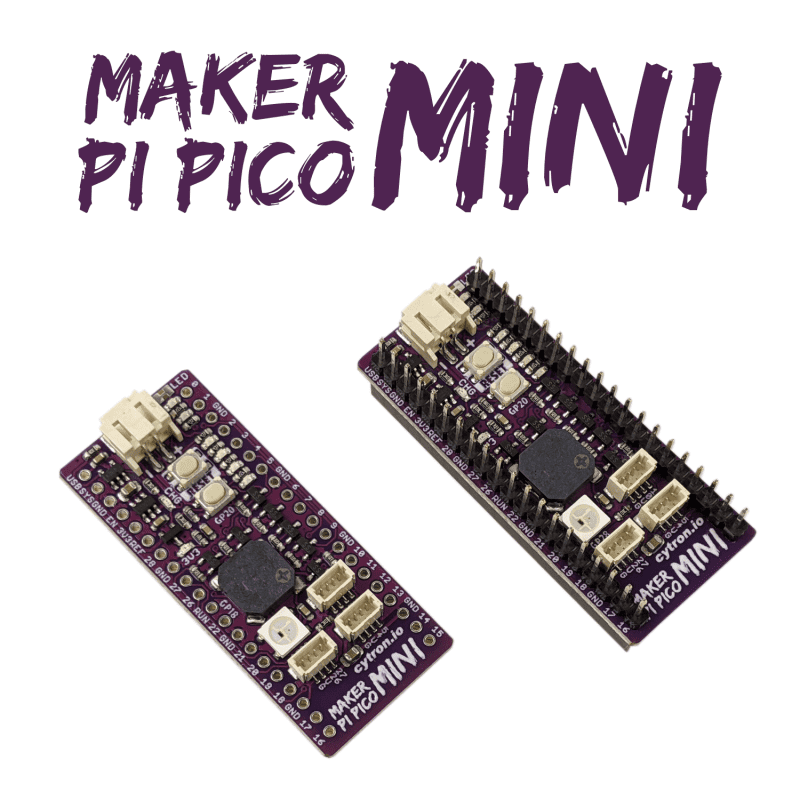 The Cytron Maker Pi Pico is a mini development board that simplifies projects with the Raspberry Pi Pico. It features a compact design and a variety of built-in components, including an RGB LED, a user button, and a reset button. The board also includes a power supply, a USB-C connector, and a 40-pin Raspberry Pi Pico header, making it easy to connect to a variety of sensors and other devices. With its user-friendly design and powerful capabilities, the Cytron Maker Pi Pico is a great choice for anyone looking to get started with the Raspberry Pi Pico.