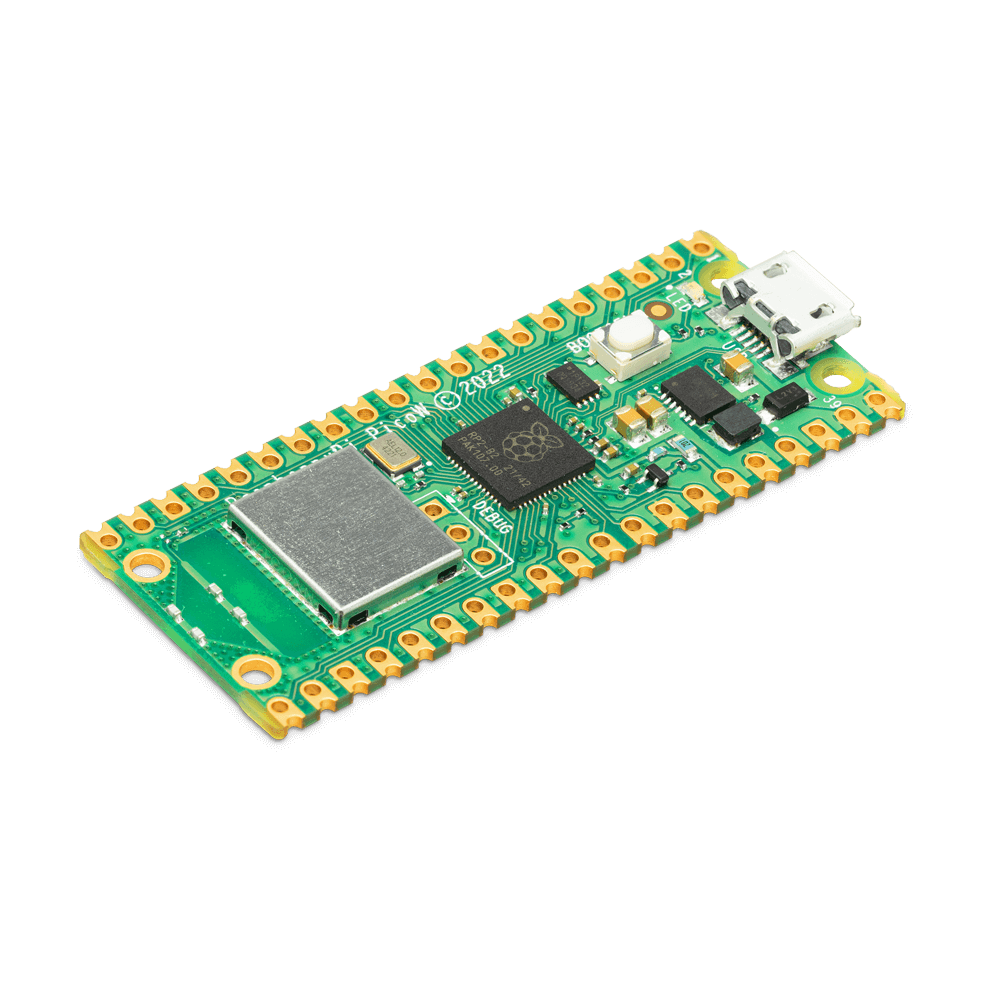 The Raspberry Pi Pico W builds upon the great cost-for-performance metrics of the Pico and add WiFi to the board. The Pico W features the same attributes as the Raspberry Pi Pico and also incorporates an Infineon CYW43439 wireless chip. CYW43439 supports IEEE 802.11 b/g/n wireless LAN, and Bluetooth® 5.2. (6/30/2022: Only Wireless LAN is supported on the Pico W at the moment, this will be updated as the new features become available)

Raspberry Pi Pico is Raspberry Pi's first microcontroller board, designed especially for physical computing. Microcontrollers are a different type of device than Single Board Computers (like the Raspberry Pi 4 and previous generations of Pi), they don't run an operating system and they are typically programmed to do just one task - though that task can be pretty intricate and exciting! They're perfect for experimenting with hardware and using as the brains of custom devices, machines and inventions.
It can be easily reprogrammed over USB from a Raspberry Pi or other computer using the C/C++ SDK or the official MicroPython port.

Board Specifications
Documentation
The API level Doxygen documentation for the Raspberry Pi Pico C/C++ SDK is available as a micro-site.