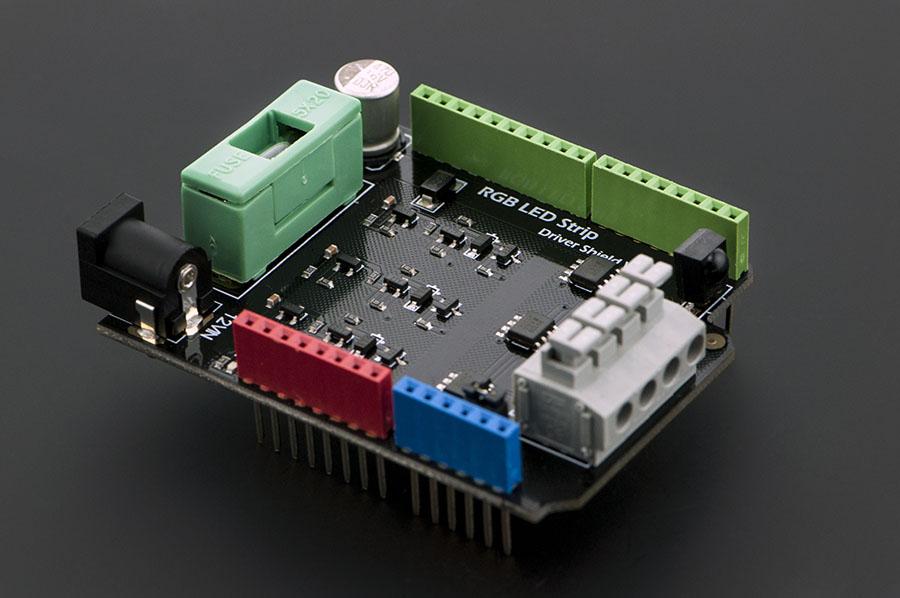 Want to program your RGB LED strip to be a bit more "rhythmic" or "unpredictive"? This RGB LED Strip Shield contains all the components you need to build a super cool RGB (or other three channel) LED project with your Arduino. The shield has 3 outputs with pulse width modulation. Each can control any 12V load, at up to 3A. The shield has build-in IR receiver which allows the LED strip being controlled by an IR remote controller. A build-in fuse protects the LED strip from over current or any shortage by any reasons. It cares your hard work. This shield makes it possible to drive about 10 meter length RGB LED Strip with your Arduino processor, which almost require 10Amps(@12V) driving capability.

Note: Recommend to connect a 12v power source to the DC adapter on the RGB Strip driver shield, which could powering the Arduino also and protect the system from overcurrent by fuse.