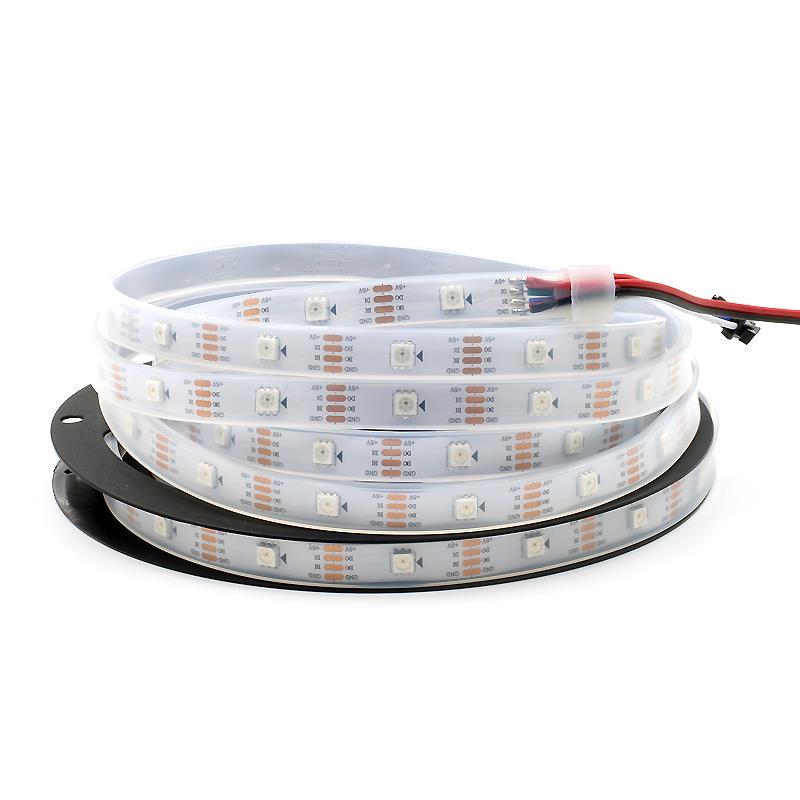 Digital RGB Led Strip 30 x WS2813 LEDs per meter with a white waterproof strip of 5 meters and a supply voltage of 5V. The strip is sold per piece. Each piece is 5 meters long, you will receive a complete reel with a connector on both sides.

This digital RGB LED strip with 30 WS2813 LEDs per meter makes it possible to control each LED individually on this strip of only 10mm wide. The strip is easy to control with an Arduino Uno, Mega or a Teensy. The strip has a white color and is provided with a plastic housing for a dust and waterproof strip. A non 'Real-time operating system' such as the Raspberry Pi or other comparable systems cannot control this strip itself due to the required timings.

The WS2813 chip is the successor to the well-known WS2812 RGB LED. In addition, the LED contains two signal lines, so that a broken chip does not affect the rest of the strip. If 2 LEDs are defective in succession, this unfortunately has an influence. In addition, the WS2813 has an integrated capacitor and resistor so that they are no longer required.

Stefaan CoomanIf I want to cut it into 1 meter pieces, how do I make it waterproof? Mvg Stefan
Q