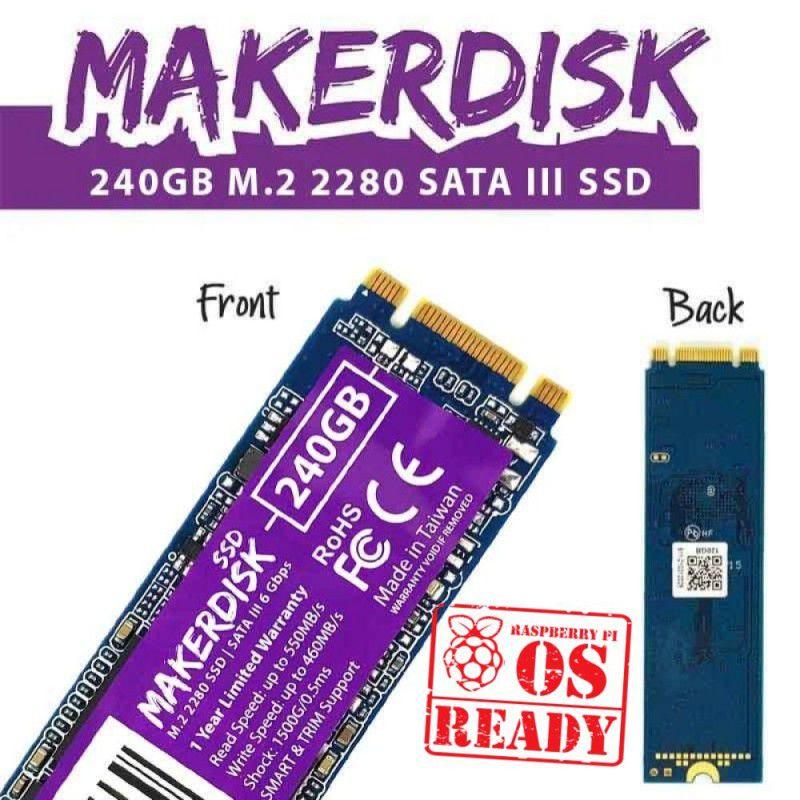 The 240GB Makerdisk! We, at Cytron Technologies, are pretty excited with the stable release of USB boot firmware and have also released a reliable SSD in M.2 2280 (B+M Key) form factor. We called it MakerDisk! A Disk from Makers to Makers :) It is an M.2 2280 NGFF, SATA III (6.0 Gbps) Solid State Drive (SSD) with capacities of 240GB or 120GB. This item contains the 240GB version.

In any case, you can always reload the image/Operating System into this SSD using an M.2 to USB3.0 Adapter. We recommend using the official imager: Raspberry Pi Imager. Look at this video on how to use the Advance features.