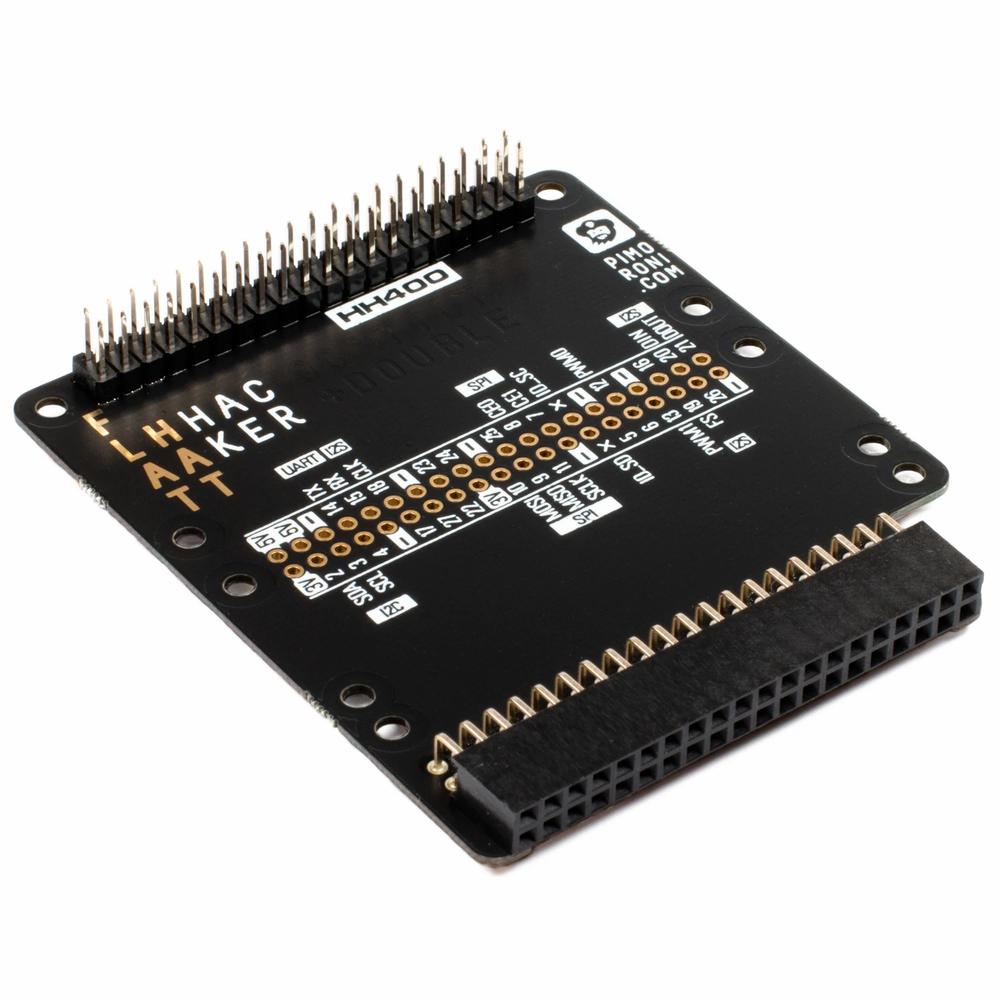 Now, the right orientation! Securely attach a HAT (or two mini HATs) to your Raspberry Pi 400, so that they're pointing upwards and correctly oriented.

Flat HAT Hacker is an easy way to attach HATs and mini HATs to the back of your Pi 400 so that their alignment matches your Pi 400's keyboard. You could use it to add a hi res touchscreen display/control panel right at your fingertips, that 3.5mm audio hardware you've been missing or even the world's most ostentatious caps lock indicator: Unicorn HAT Mini.

The top row of GPIO pins is populated with a pre-soldered header so you can attach a HAT or mini HAT easily and without fuss. We've added a second set of contacts (with handy labels) to the middle of the board - you can solder a 40 pin header onto these if you'd like to use two mini HATs at once (or if you'd like to run wires to the GPIO for prototyping or for connecting to other circuitry). We've also included suitably spaced mounting holes so you can secure your HATs and mini HATs in place with standoffs.