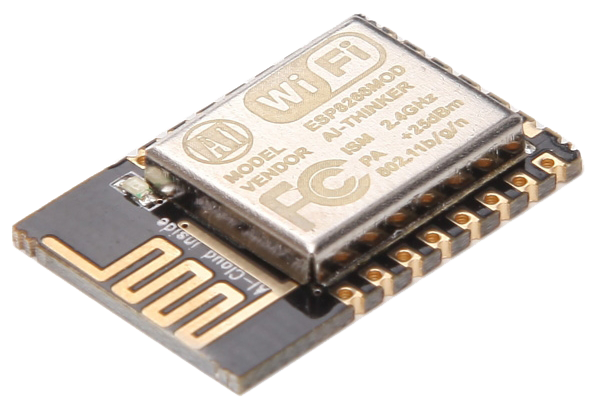 The ESP8266 WiFi module was presented at its introduction as a TTL "Serial to internet" module. Useful for connecting Arduino signs to the internet. It soon became apparent that this ESP12 module and its number of GPIO pins that are brought out, can do much more than just serve as an addition to an Arduino. The processor is many times more powerful than the Atmel processor of the Arduino Uno and the memory is many times larger (4 MB flash, part of which can be used as a non-volatile file system). The modules can be used as fully-fledged independent micro processors, with WiFi connectivity! Make sure you have a good power supply (3.3 volts) because the maximum power consumption can shortly rise to around 300 to 350 mA.

Version F has a modified antenna, which is further optimized.

SidneyAnyone experience setting up SSL on this WIFI module?
Q