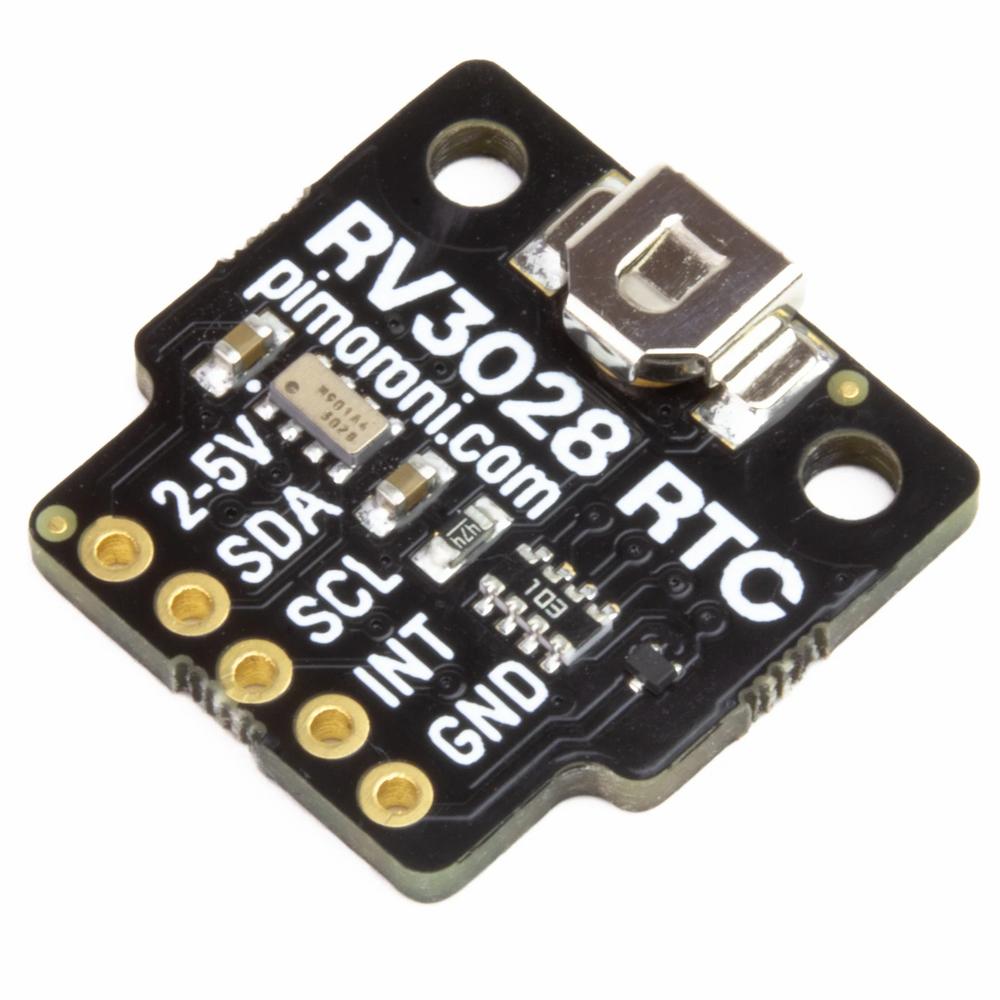 This RV3028 Real-Time Clock (RTC) Breakout - PIM449, is an ultra-low-power ( ~100 nA), highly accurate real-time clock breakout. The RV3028 RTC breakout is perfect for adding timekeeping to your project and, thanks to the tiny on-board battery, it'll keep time when your device is powered off. Like all the best timepieces, it's Swiss-made!

The RV3028 RTC is factory-calibrated, and is quoted to drift by just ±1 second per million seconds at 25 degrees. This will vary slightly depending on a number of factors. In our testing, we've seen performance better than ±2 seconds per million seconds. For comparison, that's up to five times more accurate than your average digital watch.

The tiny silver oxide battery (8mAh, included) keeps the RTC running when your device (Raspberry Pi or Arduino) is powered off and can sync the time when powered back on. It should last for several years (up to nine in theory, although the battery shelf-life is five years)!

The RV3028 breakout has an I2C interface and is 3.3V or 5V compatible. Like our other Pimoroni breakouts, we've designed it so that you can solder a piece of right-angle header onto it and then pop it straight onto the bottom left 5 pins on your Raspberry Pi's GPIO header (pins 1, 3, 5, 6, 9).

It's also compatible with our fancy Breakout Garden, where using breakouts is as easy as just popping it into one of the six slots and starting to grow your project, create, and code.

We've put together a Python library that you can use with your RV3028 RTC Breakout, and an easy one-line installer to install everything. Our Python library allows you to set and get the time (year, month, day, hour, minute, second), set periodic countdown timers with interrupts, and to set one-off or recurring alarms with interrupts. You can also use this breakout with Raspberry Pi Pico and other RP2040 boards, using C++ or Pirate brand MicroPython.