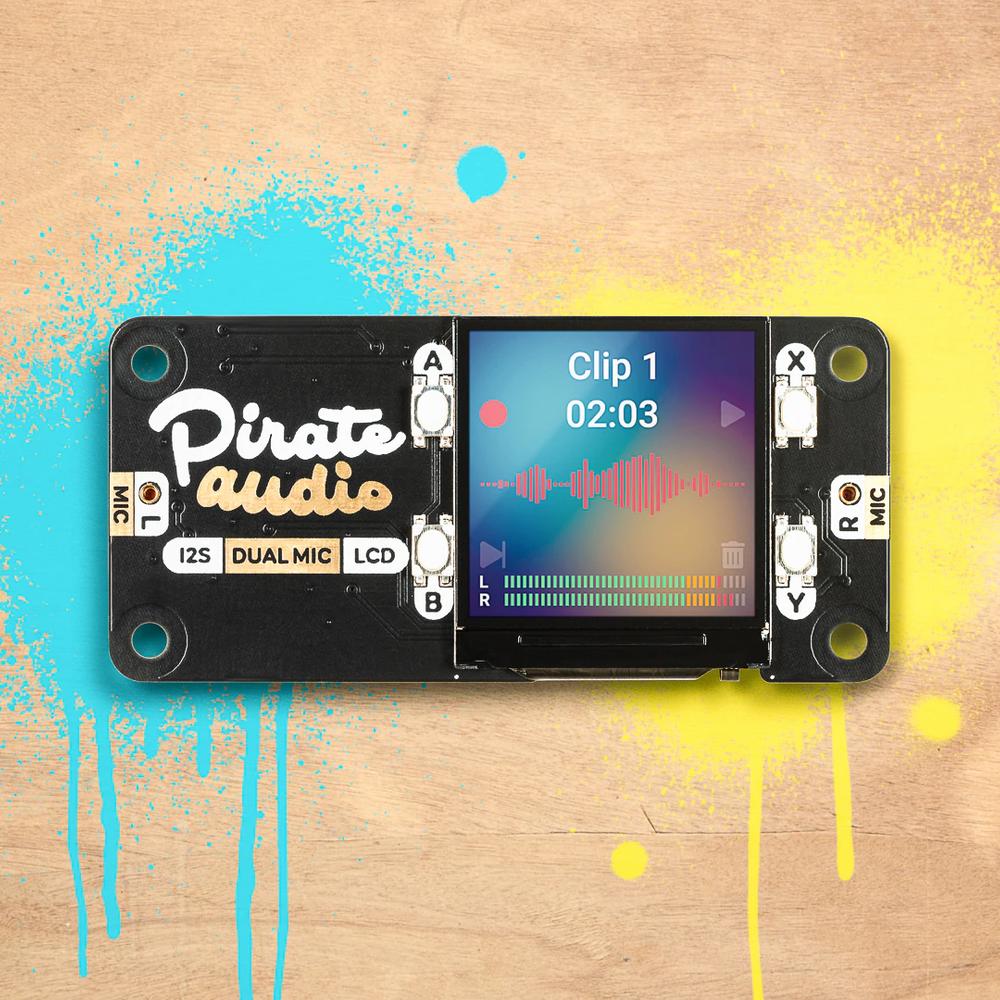 Capture sounds in stereo and store them safely away in your Raspberry Pi with Pirate Audio: Dual Mic. It has a matched pair of I2S microphones, a vibrant high-res colour display, and four tactile control buttons.

This Raspberry Pi mini HAT is perfect for recording stereo audio clips at the click of a button. You could use it as a mini Dictaphone for recording important notes, shopping lists, melodies or prophetic dreams, or if you wanted to take it a step further you could use it to capture sounds to analyse with machine learning or even hook it up to Google Assistant or Alexa APIs.

We've put together a clip recorder example application to show you how to record audio files and play them back, as well as a convenient installer!

Here's how to get started:

(There's more info about what the installer does, what audio plugins we've used and how to install them manually on Github).