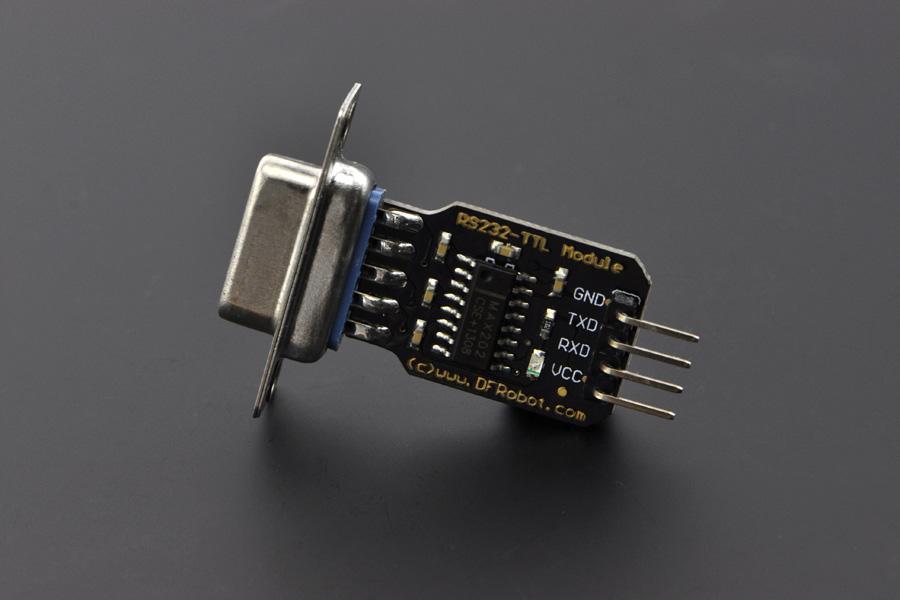 This converter can be connected to an Arduino Serial pin (0,1) to convert standard Arduino ttl to RS232. It allows Arduino talk to hundreds of RS232 devices.

The maximum cable length for RS-232 is 50ft, but in practise depends on baud rate, cable specific capacitance and ambient noise. The table below contains some rules-of-thumb from experiments done by Texas Instruments years ago.

In telecommunications, RS-232 is a standard for serial communication transmission of data. It formally defines the signals connecting between a DTE (data terminal equipment) such as a computer terminal, and a DCE (data circuit-terminating equipment or data communication equipment), such as a modem. The RS-232 standard is commonly used in computer serial ports. The standard defines the electrical characteristics and timing of signals, the meaning of signals, and the physical size and pinout of connectors. The current version of the standard is TIA-232-F Interface Between Data Terminal Equipment and Data Circuit-Terminating Equipment Employing Serial Binary Data Interchange, issued in 1997.