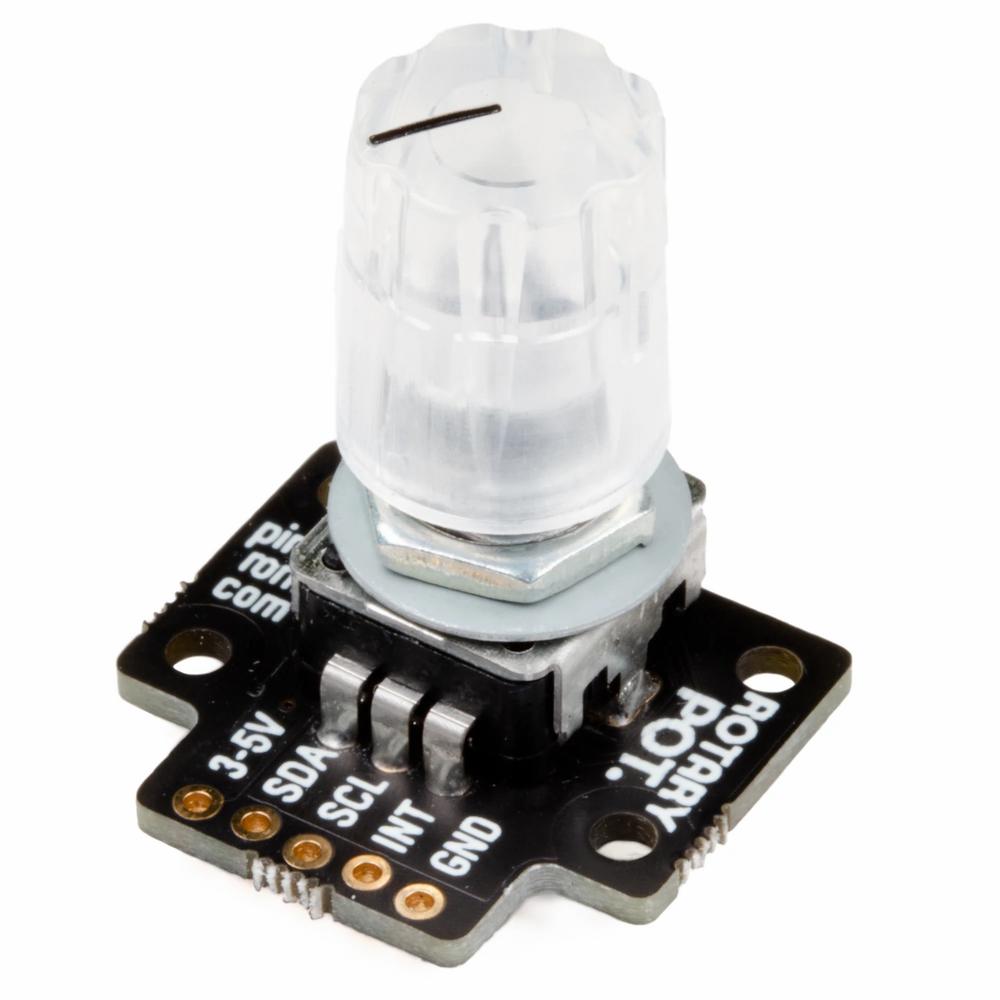 Add a colourful light-up dial and turn your Raspberry Pi project up to 11 with this RGB potentiometer breakout - PIM523.

This I2C breakout uses its clever Nuvoton microcontroller to help you easily incorporate a digital linear potentiometer into your project. You can directly control the RGB LED inside the pot - meaning it's great for using as an input device which can also show you a colour coded visual status (like a thermostat, or volume control).

Potentiometers have a limited range of motion and are good for dials that benefit from having a set start and end point - if you'd prefer one that can spin round continuously, we also make a RGB Encoder Breakout! You can attach it to your Pi's GPIO directly or via a breadboard with the included headers, but it's also compatible with our fancy solderless Breakout Garden, which makes it easy to use several different breakouts at the same time.

We've designed this breakout board so that you can solder on the piece of right angle female header and pop it straight onto the bottom left 5 pins on your Raspberry Pi's GPIO header (pins 1, 3, 5, 7, 9).

RGB Potentiometer Breakout uses the same Python library as our IO Expander Breakout - this example shows you how to read the pot and control the LED. You can also use this breakout with Raspberry Pi Pico and other RP2040 boards, using C++ or Pirate brand MicroPython.

Chris has kindly added support for the Potentiometer and Encoder breakouts to his Arduino port of our IO Expander library.