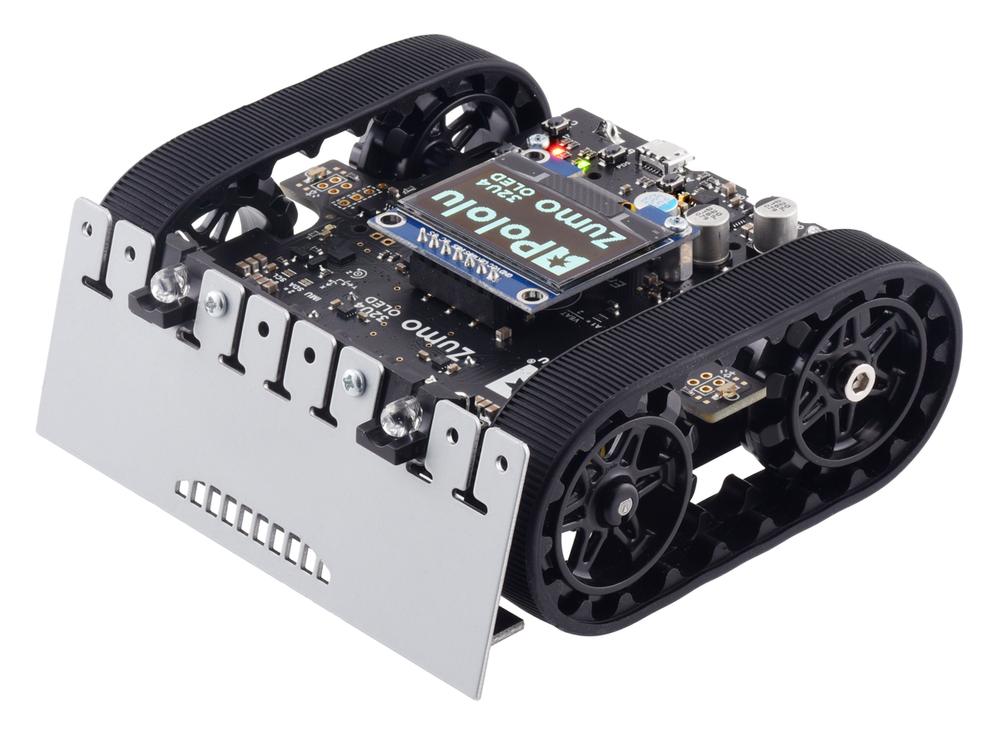 Zumo 32U4 OLED Robot (Assembled with 75:1 HP Motors).The Pololu Zumo 32U4 OLED robot is a versatile tracked robot based on the Arduino-compatible ATmega32U4 MCU. It includes two 75:1 HP micro metal gearmotors along with integrated dual motor drivers, a graphical OLED display, quadrature encoders, line sensors, side and front proximity sensors for detecting objects, and a full IMU for detecting impacts and tracking orientation. The low-profile robot is less than 10 cm × 10 cm—small enough to qualify for Mini Sumo. No soldering or assembly is required; just add 4 AA batteries and a USB cable and your Zumo is ready for programming.

This is a newer Zumo 32U4 OLED Robot with a graphical OLED display. For its original version counterpart with an LCD, see the Zumo 32U4 Robot (Assembled with 75:1 HP Motors).