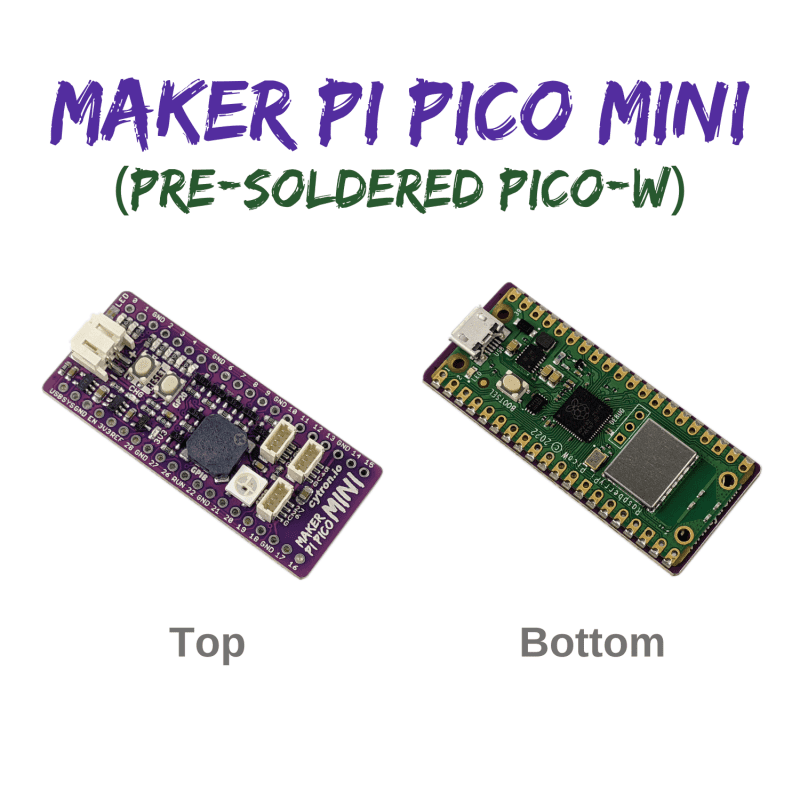 The Cytron Maker Pi Pico Mini-W is a compact and versatile development board that simplifies projects with the Raspberry Pi Pico. This mini version of the Maker Pi Pico is specifically designed for wireless projects, and it includes a built-in WiFi module and a built-in antenna. The board also features a variety of other components, including an RGB LED, a user button, and a reset button, as well as a power supply, a USB-C connector, and a 40-pin Raspberry Pi Pico header for connecting to sensors and other devices. The Cytron Maker Pi Pico Mini-W is the perfect solution for anyone looking to create wireless projects with the Raspberry Pi Pico.

Need to access the GPIOs? You can solder the optional pin headers (included in the box) to expand out all the GPIOs on the Raspberry Pi Pico.